Szatmári Juli started playing the guitar when she was twelve years old in her hometown Szombathely. A year later she was already playing her own songs and soon she had gigs too. For the young singer the breakthrough came in 2013 when with her band they won the competitions Átjáró, Peron Music and Hangfoglaló Hungary and had great opportunities due to this success. They have used this quick fame to show themselves by playing before the well-known bands Kiscsillag, Honeybeast, Szabó Balázs Band and even gave concerts in clubs and participated in festivals like Művészetek Völgye and VOLT festival. As a result of winning the Szimpla Lemming Program she was able to record three of her songs in a studio so the radios could start playing her songs eventually. The record named ‘Hadd legyek’ became a top-hit in the audience of Radio Petőfi and even made it up to the top100 what made her eligible to participate in the Akusztik programme. After these events came the second milestone in the life of the band when they got into the Cseh Tamás Program and in 2016 they published their first album in the care of Music Fashion Ltd. The album ‘Ismerj fel’ contains eleven track in Hungarian and English which are composed and written by Szatmári Juli in the past ten years. The catchy and loveable pop songs of the album let the listener think about the meaning of the lyrics expressing the emotions and competence of the singer. The songs are inspired by various scenes for instance from an everyday situation to a mood or a catched sight so the listeners can easily associate them with their own life. The songs are partially composed by Juli herself with the assistance of the musicians she playes with Rozsnyói Judit violinist, Günsberger Ákos guitarist, Borbély Mátyás bass guitarist and Laskay Péter drummer. For the song her studio album was named after a low budget video was produced. The title ‘ismerj fel’ is about the masks we put on in different situations or relationships to achieve fame or sympathy. The question how much do we have to change to get this kind of feedback still remains and even what we find if we wash the paint.

The album published in the care of Music Fashion Ltd.: 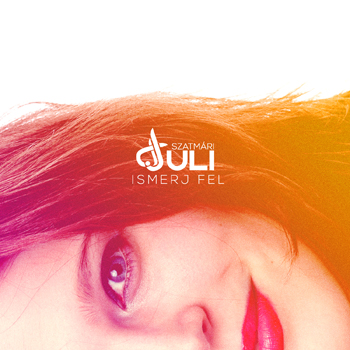